Your cart is empty

SpiceFruit is now available at Sprouts Farmers Market - Get It Today!

SpiceFruit is now available at a Vitamin Shoppe near you- Get It Today!

Welcome, enjoy 10% Off your first purchase!

Be the first to know about exclusive promotions plus get Free Shipping on orders over $49. Enter your email below to unlock your unique code. 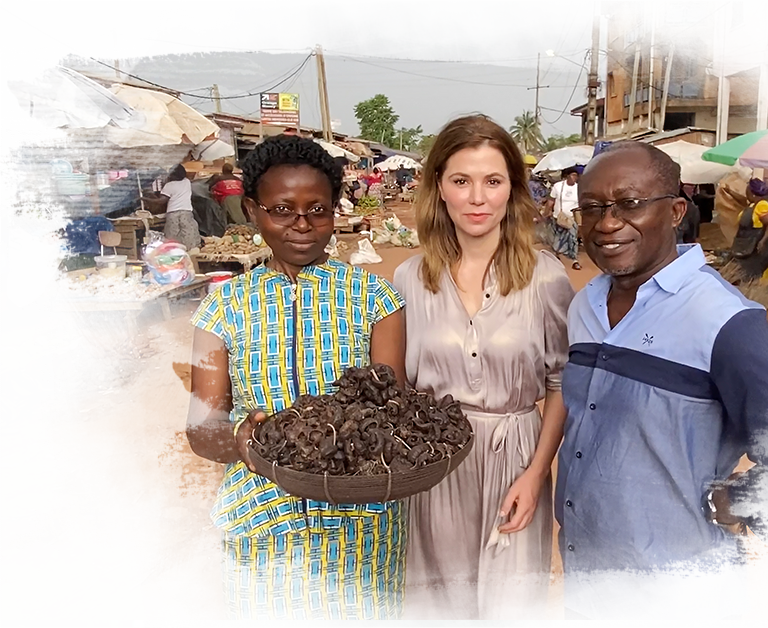 forged a family of world class leaders bound by their shared passion: to guide the world to better health, one person at a time. Born on an organic biodynamic farm in Switzerland, wellness expert, mother of four and CEO Naomi Whittel grew up attuned to the power of plant-sourced nutrition. Through her own health challenges with debilitating eczema and heavy metal toxicity, Naomi learned to be her own health advocate.

In her 20+ years in the health and wellness industry, the NYT best-selling health and wellness author has made it her mission to discover and guide others on the Earth’s most powerful nutrients. Naomi searches for the best ingredients on the planet and sharing them with you, so that you can not just survive, but thrive. she believes that nature holds the key to our everyday wellness.

She developed The One, Nutrition Just for You, to give people access to better nutrition. Because health should be a right, not a privilege. Dr. Julius Oben is a Professor of Nutritional Biochemistry and the Dean of the Doctoral School of Science, Technology and Geosciences at the University of Yaoundé. After earning his doctorate in England, he became passionate about harnessing the power of plant-based nutrition to prevent and treat pervasive diseases like diabetes, coronary heart disease, and obesity. Born and raised in Cameroon, Dr. Oben was no stranger to SpiceFruit: an important part of his national culture.

Intrigued by his country’s lower rate of individuals being overweight, he conducted clinical studies on a tree fruit known in West Africa as SpiceFruit.

His findings were undeniable: SpiceFruit has the potential to help millions of people struggling to maintain their weight. Dr. Oben was eager to join The ONE family to give the world access to this powerful superfruit. Whoopi Goldberg is one of an elite group of artists who have won the Grammy, the Academy Award, the Golden Globe, the Emmy and Daytime Emmy and a Tony Award.  She is equally well-known for her humanitarian efforts on behalf of children, the homeless, human rights, education, substance abuse and the battle against AIDS, as well as many other causes and charities. Janvier is a third generation farmer and believer in SpiceFruit for both its taste and benefits. His grandmother, mother and wife all use SpiceFruit daily to season their food and stay healthy. Janvier’s farm helps him work toward his dream of paying for his six children’s education as well as supporting the education of Cameroonian children displaced by war.

With over twenty years of experience guiding college women, Dr. Anita Anantharam is deeply concerned with the disconnect between wellness, social justice activism, and leadership. An integral part of The ONE team, Anita approaches success in a holistic framework, encouraging women to care for their health as they pursue their dreams.

Suneetha Gogineni leads the third generation of manufacturers in her family at their laboratories and facilities. She and her family are committed to integrity and excellence in every aspect of producing The ONE nutritional supplements. With a fully equipped laboratory, top tier standards for raw materials, and decades of experience, Suneetha and her team deliver nutrition we can count on.

the most important family member: you.

You are a part of this family.
You’re welcome in The ONE family.

We can’t do this without you. You show up every day: whether it’s for your children, your friends, your neighbors, or your community.

You have a purpose to fulfill.

We’re here to support your body, so that you can live your most powerful life.

Nutrition, just for you.

Take the first step toward a healthier you by finding the best supplements to support your body.